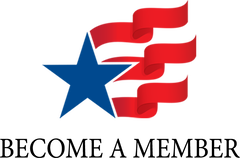 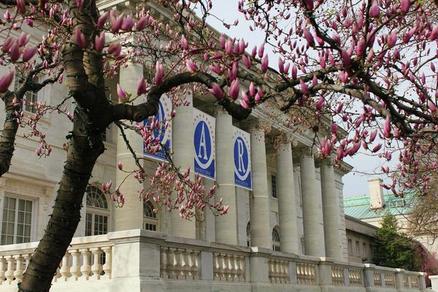 DAR members volunteer more than 300,000 hours annually to veteran patients, award thousands of dollars in scholarships and financial aid each year to students, and support schools for underserved children with annual donations exceeding one million dollars.

As one of the most inclusive genealogical societies in the country, DAR boasts 190,000 members in 3,000 chapters across the United States and internationally. Any woman 18 years or older-regardless of race, religion, or ethnic background-who can prove lineal descent from a patriot of the American Revolution, is eligible for membership. 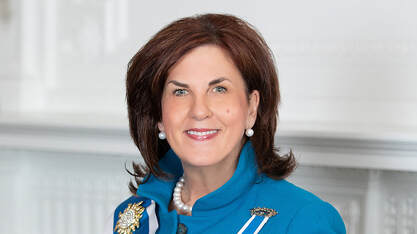 Our President General's Project, ​Rise and Shine for America​

Each President General establishes a project for her term. The "Rise and Shine for America” theme illustrates the dynamic underpinning of active engagement with DAR: "Rise" up in service to your community and "Shine" by telling the world about who we are, what we stand for and what we do to promote historic preservation, education and patriotism.
​
Our goal during the Van Buren Administration is to log 10 million Service to America Hours. The Service to America Committee was established to capture the magnitude of volunteer service provided by NSDAR volunteers. Through an online tally of the number of hours of service we hope to demonstrate the widespread, significant impact of today's DAR in our communities.  In striving for this goal, members will demonstrate the positive volunteer opportunities associated with DAR membership to current and prospective members; further engage in meaningful service work within the Society’s mission areas; and discover the rewards that come from volunteerism.

​Other goals include increasing community engagement and substantive public outreach. The President General's Project is an opportunity for all Daughters to rise up in support of endeavors that will allow our National Society to shine.
PROUD TO BE THE HOME CHAPTER OF... 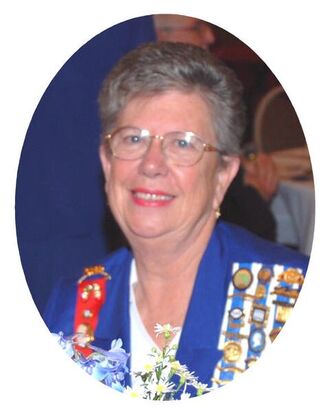 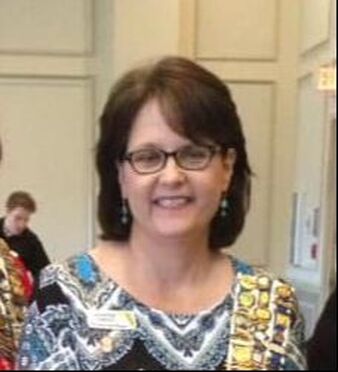 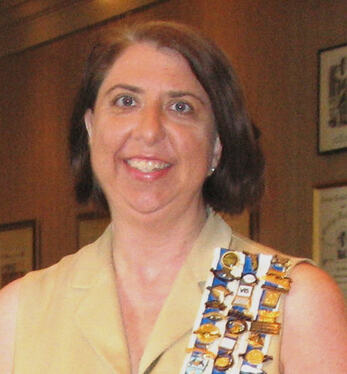 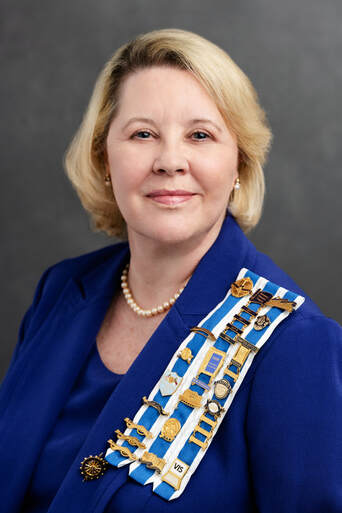 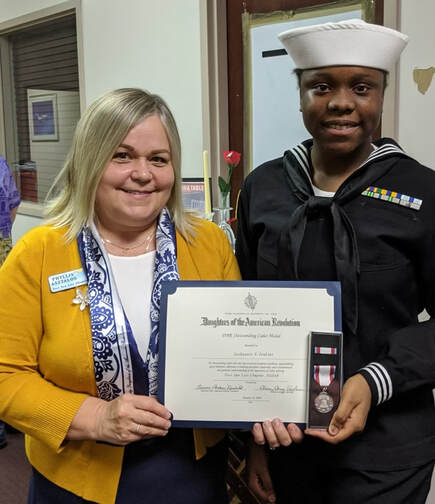 Presenting an ROTC medal at FSU.
The National Defense Committee was established in 1926 to assist members in carrying out the patriotic, educational, and historical objectives of the National Society and to promote an enlightened public opinion. It has always advocated a strong American military defense. The committee publishes material in support of these positions. ​

​Designed to preserve our rich American heritage in the fields of art and sculpture, crafts, drama and literature, fiber arts, and music. 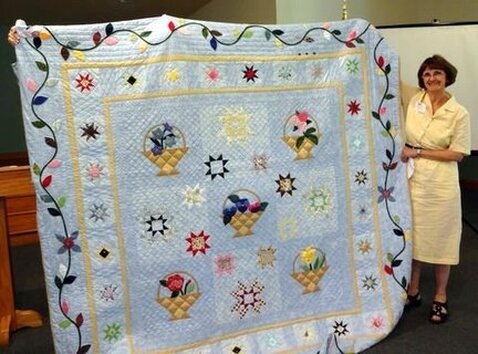 I believe in the United States of America as a government of the people, by the people, for the people; whose just powers are derived from the consent of the governed; a democracy in a republic, a sovereign Nation of many sovereign States; a perfect union, one and inseparable, established upon those principles of freedom, equality, justice, and humanity for which American patriots sacrificed their lives and fortunes. I therefore believe it is my duty to my Country to love it; to support its Constitution; to obey its laws; to respect its flag; and to defend it against all enemies.
​
By William Tyler Page